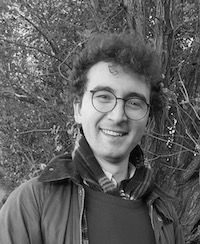 I study for a PhD in Philosophy at the London School of Economics. Previously I studied Physics and Philosophy at Brasenose College, Oxford. My research focuses on the philosophy and foundations of physics, in particular thermodynamics and statistical mechanics, and philosophy of science.

My thesis analyses the concepts of identity and indistinguishability in thermal physics.

I present a new perspective on the meaning of indistinguishability of classical particles. This leads to a solution to the problem in statistical mechanics of justifying the inclusion of a factor N! in a probability distribution over the phase space of N indistinguishable classical particles. This paper is forthcoming in The British Journal for the Philosophy of Science. A preprint may be found here.

Homogeneity and Identity in Thermodynamics

In this paper, I provide strictly thermodynamic definitions of 'identity', 'difference' and 'mixture' using a powerful, but philosophically ignored, formulation of thermodynamics due to Callen (1960). A key contribution stemming from this formulation is a clear and precise definition of thermodynamic system. I propose to define it as the pair (M, f), where M is a manifold whose points represent the equilibrium states of the system and f is a function defined on the manifold called the 'fundamental relation' which contains all thermodynamic information about the system. I then use this definition to define a criterion of identity which applies to any thermodynamic system, and is based on a key assumption in this geometric formulation of thermodynamics: the homogeneity of thermodynamic systems, expressing the idea that they 'look the same' on all scales. This assumption can be manifested precisely in the formalism as a scaling symmetry of the fundamental relation. Roughly speaking, the basic thought behind the criterion of identity I define is the following: two thermodynamic systems are identical if they are scaled versions of one another, i.e. if their fundamental relations are identical up to scaling and their manifolds are diffeomorphic. This criterion is able to recover intuitive results: the composite of two ideal gases which are identical in this sense form an ideal gas of a larger size, while two ideal gases which are non-identical yield a mixture.

I have been a teaching assistant on the following undergraduate courses at LSE:

On 24 May 2021, I gave a talk at the LSE's Sigma Club based on my paper 'Classical Particle Indistinguishability, Precisely'.